Start with the most difficult 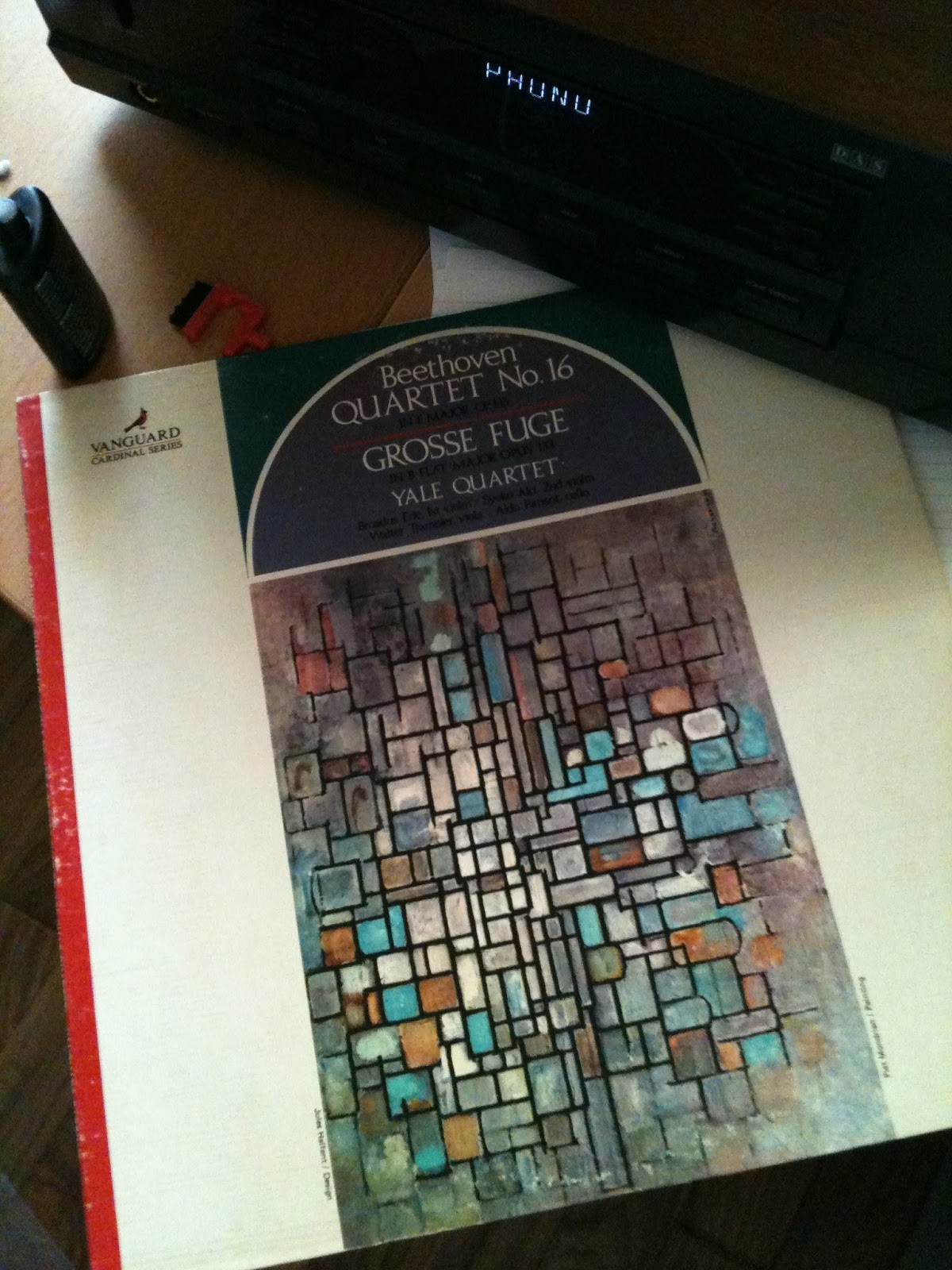 We are accustomed to getting a recommendation regarding what kind of wine goes well with a meal, but rarely does one get a music-cocktail pairing, or in my case, a vinyl LP-cocktail pairing.  Into this cultural void, I will thus assert myself, as my contribution to improving the human condition. #cocktails #beethoven #classicalmusic

A disclaimer before we begin this journey:  I am not a musicologist or anything close, so if you are looking for in-depth, musical analysis, you have come to the wrong place.  I am an amateur enthusiast, writing for my fellow amateurs in a way that I hope is accessible and non-intimidating.  Classical music has unfortunately been hijacked by a small group of intellectuals who want to keep it for themselves and make you feel stupid for trying to get into their exclusive little club.  Classical music isn't any harder to understand than any other kind of music... really.  You should always remember what Louis Armstrong, one the greatest musicians and composers who ever lived, said, "There are just two kinds of music:  good music and bad music."  So, if you keep an open mind and allow yourself to just "listen," without worrying whether you "get it," you will find that you may not "hear" what the experts think you should hear, but you will hear the composer's passion, feel the musician's happiness, and let yourself be inspired.

For my first pairing, I have decided to tackle one of the most difficult pieces of music in my collection:  Beethoven's Op. 133, better known as the Grosse Fuge.  (A fuge, by the way, is a piece of music with two themes that go back and forth.  Generally each theme is played through once, then they begin morphing and changing as they interact in new and different ways.  At the end of the piece the two themes have gone on a journey that has changed them forever.)  I think this piece is the perfect starting place because when it was first performed, as the third and final movement of one of his late quartets, Op. 130  (by the way, Op = "opus," which is just a fancy word for "work."  The number is generally the number of the composition in chronological order of publication.)  In 1826, when Op. 130 was first performed, the audience demanded encores of the first two movements.  However, when the finale came around, they sat in stunned silence.  Beethoven, so enraged by their obvious inability to understand what he was doing, or appreciate the complexity of the work is reported to have called the audience, "asses and cattle."

Critics ripped into him, calling the work "repellent" and "incomprehensible."  His publisher convinced him to pull the finale and write a new one because audiences hated it and musicians couldn't play it, for it was too technically difficult.  Reluctantly, he did so.  He rewrote the finale of Op. 130, but he loved this fuge so much that he reworked it to stand alone.

To finish my story, Op, 133 was published after Beethoven's death in 1827.  It was so far ahead of its time that only recently has it received the acclaim it deserves.  Igor Stravinsky, the great modern composer who gave us such masterpieces as The Firebird and The Rite of Spring, said that the Grosse Fuge would always be contemporary.  I think he was right.

I have tried many drinks to accompany my appreciation of the Grosse Fuge.  One can easily make the mistake of thinking such a hard piece should be paired with a fine, fifteen year single malt Scotch.  Nope.  One might next move to a silky, dark beer, such as a porter or Murphy's Oatmeal Stout.  Nope.  But that is what listening to this fuge is all about... trial and error.  You have to let it breath like an dark, red wine, or it will be too acerbic.  You will have to sit with this music many times for it to make sense because believe me, the first time you listen to it, you will say, "What the..."  It is like learning calculus or a strange foreign language.  It is gibberish, until one day, the light bulb goes off in your head, and you smile with satisfaction.  "Ah... I get it.  I can't tell you what it means, or why I know what it means, but I just know."

I recommend a light drink to offset, what at first seems like a heavy piece of music:  a vodka tonic.  Drink at least one before you even put this record on.  You need to be warmed up... relaxed... ready and receptive... a little buzzed, warm, and dreamy.  You can't go into this piece of music cold.  Listen to the Moonlight Sonata, or something like that while you have your first drink... before you dive into the deep water..

Here is my recipe:

Link to animated score of the Grosse Fuge on Youtube:  http://www.youtube.com/watch?v=6s0Mp7LFI-k