Brahms discovered Dvorak in 1873 while judging the Austrian State Prize for symphony.  Brahms was so impressed that he sent Dvorak's Moravian Duets to his publisher with a note saying that Dvorak was an up-and-coming talent, and very poor, too. The duets became a huge hit and the two men became friends. Dvorak once wrote of prickly Brahms, "What a warm heart and great spirit there is in that man!"

In 1892 Dvorak moved to America at the invitation of Jannette Thurber, a wealthy woman who had been instrumental in creating the National Conservatory of Music in New York. At the conservatory he was paid about 25 times more than he was making in Prague. Mrs. Thurber wanted the famous composer to assist her in fostering an American musical tradition. Unfortunately, after the financial panic of 1893, his salary was severely cut and payments became irregular.  He returned to Bavaria soon afterward. 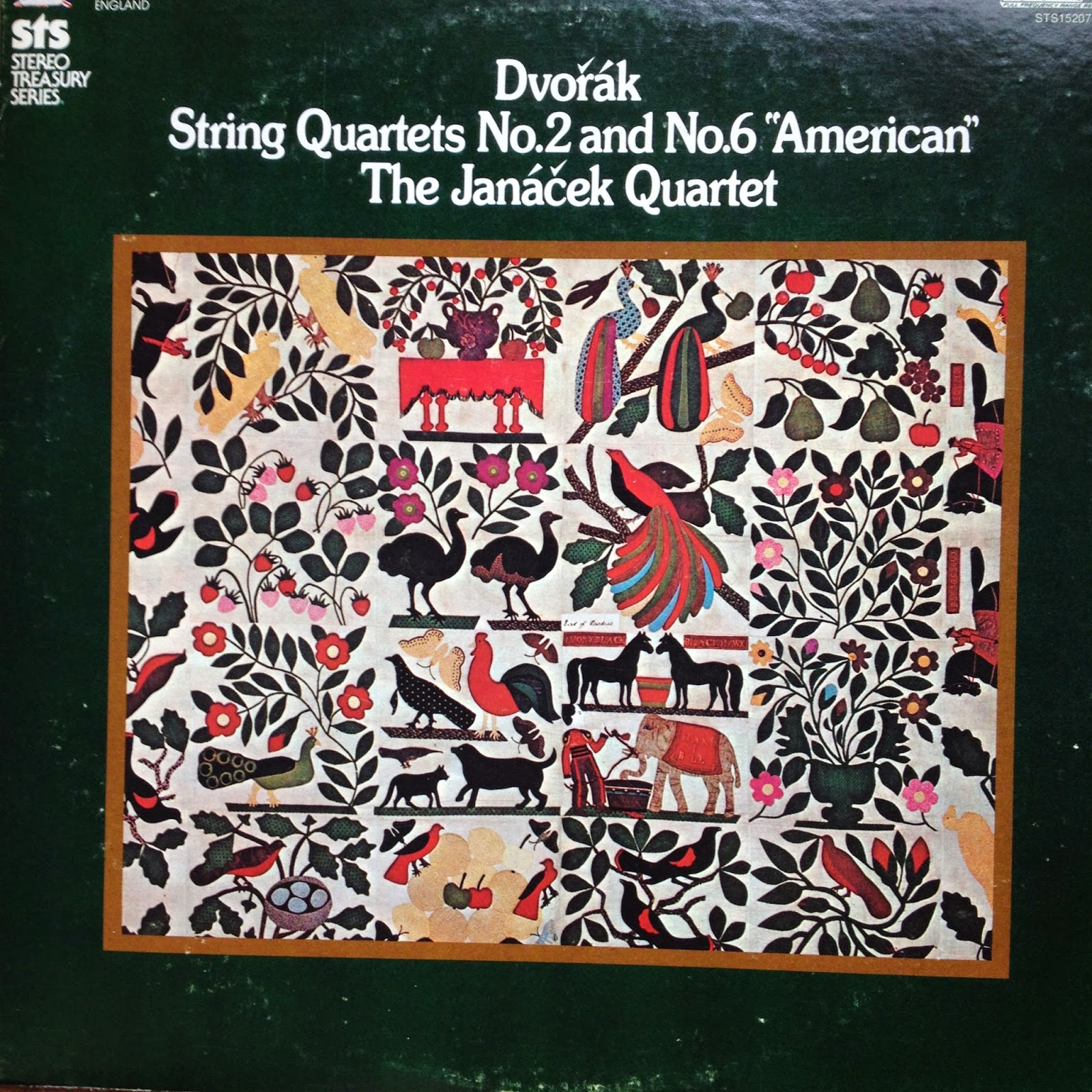 Before he left, we wrote the String Quartet No. 6 "American." Many have tried to find American folk and spiritual melodies in the work. However, the only thing American about it may be the fact that it was mostly written during his sojourn here.

In any case, the opening movement sparkles, and the second movement glides along pensively, as if it could provide the background to a Ken Burns documentary. The third movement pops to life and bustles with a tremendous spirit, and the fourth absolutely dances.

Here is link to "American" https://www.youtube.com/watch?v=pV-kbAydcwk (man, the cellist has bouncy hair.)

Dvorak seems to get little play these days. But the "American" deserves a listen. I find it brimming with optimism, which is hard to find in much of classical music after Beethoven.  The music is open and easy to follow. It bursts with happiness without being cloying or sticky-sweet.

I'm going to pair this album with a Lady Bird, a refreshing, happy drink: