Last year we took a trip to the Houston Museum of Natural Science. In the mummy exhibit, I wandered into a guided tour. The guide was talking about a mummy surrounded by mystery: The coffin was mismatched. They reasoned that its inhabitant had been a young priest who died suddenly, so in the scramble to inter him, he was placed in donated coffin halves that did not match. In addition, the heart scarab that accompanied him into the afterlife did not belong to him. I thought about this mystery for some time. The following comic is my attempt to explain how he ended up with someone else's heart... 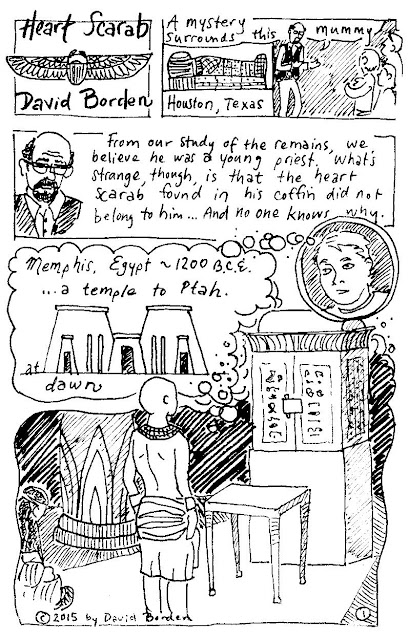 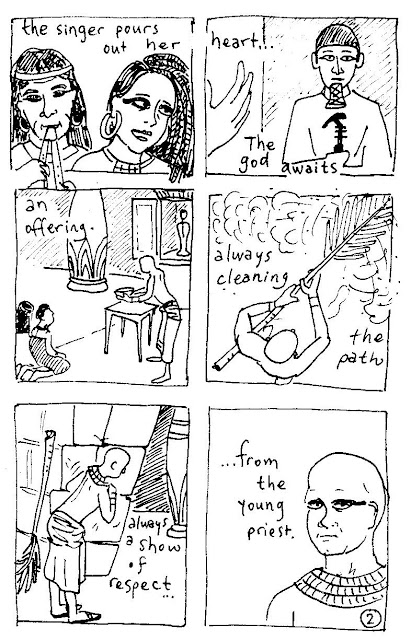 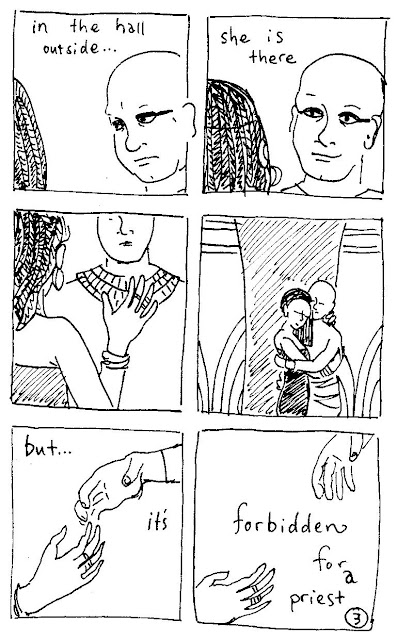 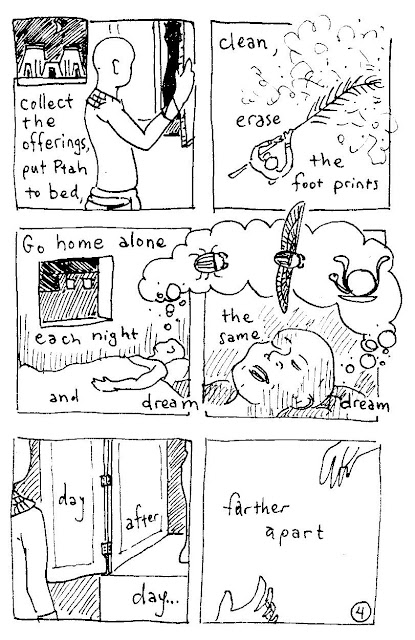 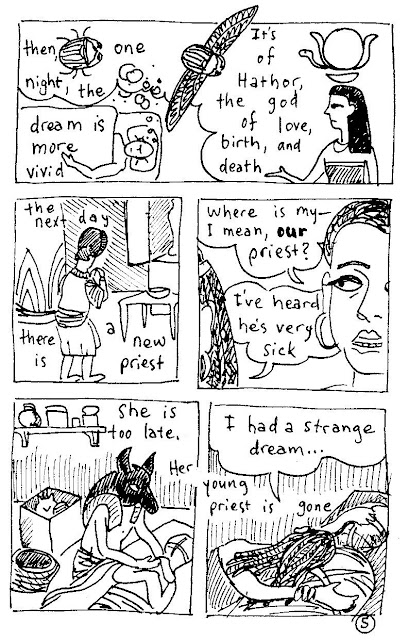 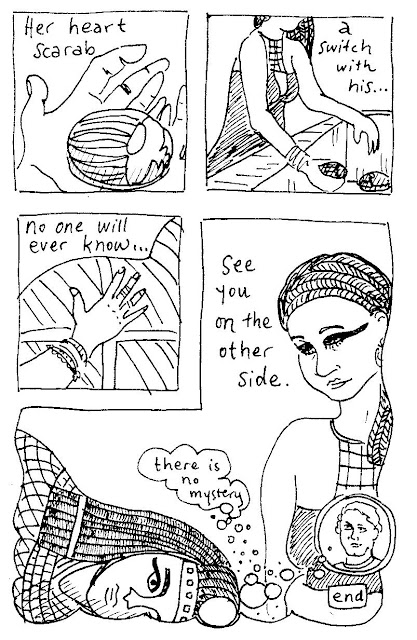 I hope you enjoy the comics I've started posting. I like the challenge of telling a story with a minimum of words and pictures. This one has been my most ambitious so far-- double the length and detail than the previous two. Let me know what you think.