Nocturnes and a Gimlet

A "nocturne" is a musical style inspired by the night, generally played on the piano.  Chopin is terribly famous for his nocturnes.  John Field, unfortunately, is not.  Perhaps he is lost in time because he was Irish, and that somber island is famous for other things, such as whiskey, black beer, potato famines, and red-nosed beat cops with adorable accents.  Perhaps he is not famous because he was ahead of his time.  It is not always the first to market that makes it big, but the one who understands marketing.

John Field fled his oppressive father and grandfather, who recognizing his musical potential at an early age and pushed him relentlessly to become a child-prodigy in order to augment the family income.  He studied and worked in Paris and Vienna, finally following his teacher, Muzio Clementi, to St. Petersburg, where he married a French actress.  Apparently, this marriage was less than happy (really?  A French actress?  Not happy?  That's one of those things that sounds great on paper, but when the absinthe wears off, goes in the category of "what was I thinking?")  While in Russia, in 1814, he composed is first Nocturne for Piano.  Chopin drew his inspiration from Field fifteen years later to develop the genre even further and make it his own.

Field had successful European tours until falling ill in Naples in 1834, which ruined him financially.  Russian friends came to his aid and he resumed touring.  He died in Russia in 1837.  Apparently, on his deathbed he was asked his religious affiliation:  Catholic or Protestant.  He replied, "Neither.  I'm a pianist."

I'm listening to a 1978 recording of Vera Kiraly playing these lovely Nocturnes.  This album has quickly become one of my favorites for lounging.  Ruby and I curl up on the sofa and she flips through her art memory cards from school.  She sorts out the periods:  Renaissance, Baroque, Modern, and 20th century.  Though Field's music is from the Classical Period, it somehow feels contemporary.  It is clean, uncluttered, and full off life.

For a taste of John Field, follow the link below:
http://www.youtube.com/watch?v=y2BJP6GTxWg

By now you're thinking I'm going to pair this music with a Murphy's or a wee dram of Jameson (roll that last bit off yer tongue with a brogue, would ye?).  Well, you'd be wrong, my friend.  I suggest the gin based Gimlet to accompany this music.  There is something green in his music, something ginny.  Perhaps it is just an association with the album cover, or the Emerald Isle.  I don't know.  But the Gimlet goes nicely either way.

My Recipe for a Martini-style Gimlet

1.5 oz Gin
.5 oz lime cordial
Shake well with ice.
Strain into martini glass.
Top with a splash of soda and garnish with a lime wedge.


My Recipe for a Gimlet on the rocks (very refreshing, like Field's music) 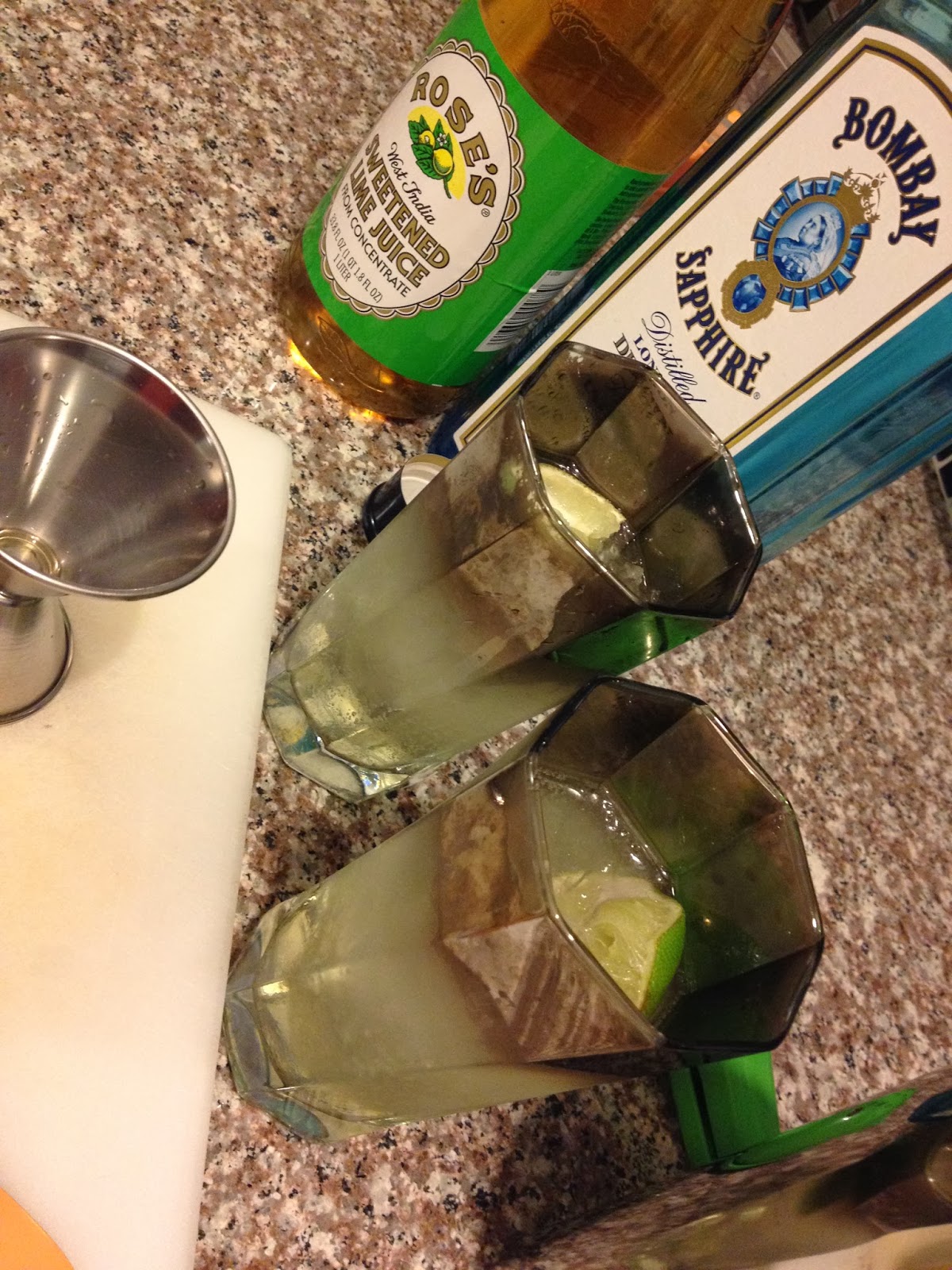