Robert Schumann could not decide if he wanted to be a writer of romantic novels or music.  His mother decided neither was a proper trade and sent him to Leipzig to study law.  He did not study much, but rather spent his time in concerts and musical church services.  He chain smoked and played the piano, sometimes for eight or nine hours at a time.  He gorged on Shakespeare, Goethe, Byron, and Jean Paul. 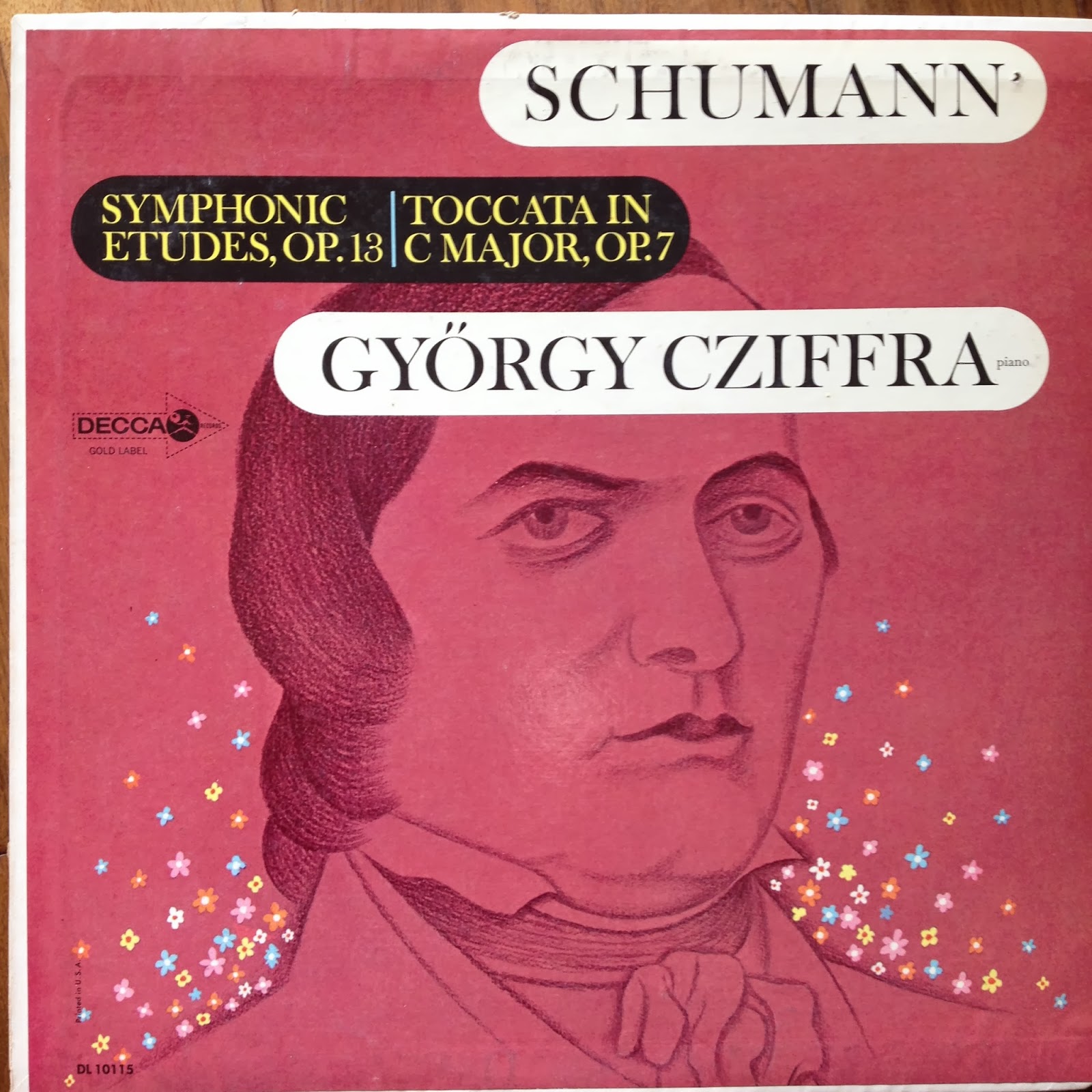 He found a brilliant music teacher, Friedrich Wieck, who had transformed his daughter, Clara, into one of the best musicians of the day and was confident that Schumann would become world-class in a few short years.   But before Wieck could make the young Schumann into a virtuoso, he permanently injured himself on a self-invented contraption designed to strengthen his fingers.  To top it off, Schumann stole Wieck's beautiful and extremely talented daughter before her father had an opportunity to profit from her playing.  Schumann's mother wasn't happy that he had thrown his life away pursuing music.  His new father-in-law wasn't happy because his daughter had married an impoverished musician who couldn't play.

It was a good thing, then, that the couple was happy.  Schumann turned to composing. Clara performed.  They produced eight children.

His life was short, though, and the last fifteen years or so were marked with ever worsening mental illness.  He had visions of angels and devils dictating music to him.  After trying to kill himself by leaping from a bridge he had himself committed to an asylum because he was afraid he would hurt Clara or the children.  Clara couldn't stay by his side; she had to tour in order to earn money.  He died at the age of forty-six, attended by Clara and Johannes Brahms.  Clara lived as a widow for forty years, performing her husband's works while wearing a black dress.

I'm listening to Toccata in C Major, Op. 7, played by Gyorgy Cziffra.  It is deeply personal music, at times soothing and joyful, at times difficult.  Not everyone likes Schumann.  He can wade uncomfortably into romanticism and get lost.  But I think that is his strength.  He is unapologetic and honest; he followed his heart and his dreams.  He gave everything to pursue his art.  When you listen to these works, you can hear his life story and hear him struggle with his angels and devils.

I think a "Between the Sheets" is the cocktail that goes best with Schumann.  This drink is complex, and tasty, but handle it with care for it sneaks up on you.  If you are not careful, you'll soon be seeing angels and devils, too.

My recipe for a Between the Sheets:

Shake everything with ample ice, strain, and serve with a lemon wedge.