Tragic Poems, Declarations of Love, and Confessions of Despair

"Among them [Chopin waltzes] there are brief, tragic poems, declarations of love, confessions of
despair-- and some, of course, that are the merest outbursts of high spirits."

Frederic Chopin could have settled in Vienna, where so many towering icons of music had lived, but instead, when he left his native Poland, he decided to seek his fortune in Paris. Liszt and Mendelssohn attended his debut in 1832. His genius asserted itself immediately and he became the talk of Paris. Rich socialites adopted him and audiences inhaled him.  He brought such a profoundly new approach to the piano that people left his recitals stunned and awestruck. His groundbreaking use of "rubato," which translates as "stolen time," mesmerized. Even accomplished musicians had difficulty identifying the time signatures of his performances because he took such liberties with phrasing. Joseph Filtsch wrote, "...Chopin, whose fingers sing and bring tears to your eyes, making anybody who is sensitive tremble with emotion."

Link to Waltz No. 7, played by Rubinstein.  (for fun listen to others play it... they are clunky compared to Rubinstein) https://www.youtube.com/watch?v=KjxYdVpChjU

My LP of Rubinstein performing waltzes 1 through 14 blasts from my speakers as if I am sitting inches from a Steinway grand. Transported, I close my eyes. I can almost feel myself in a Paris salon. Perhaps it is raining outside, as it is here, and the pauses in the music are filled with the subtle drip of sky, the rustle of a petticoat, and the quiet breathing of the audience as couples slowly twirl above the parquet floors.

Chopin had a tumultuous affair with Amantine Lucile Dupin, better known by her pseudonym, George Sand, whose novels and memoirs took issue with accepted ideas on morality. She smoked cigars and made no apologies about her famous lovers. The two of them cut a powerful path through convention. They broke up in 1847, just two years before he died of tuberculosis at the young age of 39. His short career was spectacular. Amazingly, nearly ever piece  of music he published remains in the modern repertoire. Genius, talent, passion... none of these come close to describing his contribution and impact on music and the way we think about it.

The waltzes may lift you, his nocturnes may enchant you (see John Field for more discussion on nocturnes), and his other works may confound or confuse, but one thing is certain, Chopin touches you, and if you let him in, he will transform the way you view the world.

For such superlative music, I must find a cocktail that comes close to perfection. I can think of no other, but the Manhattan, hailed by some as the "original" cocktail, the one that changed the way we think about and consume hard liquor. How fitting... 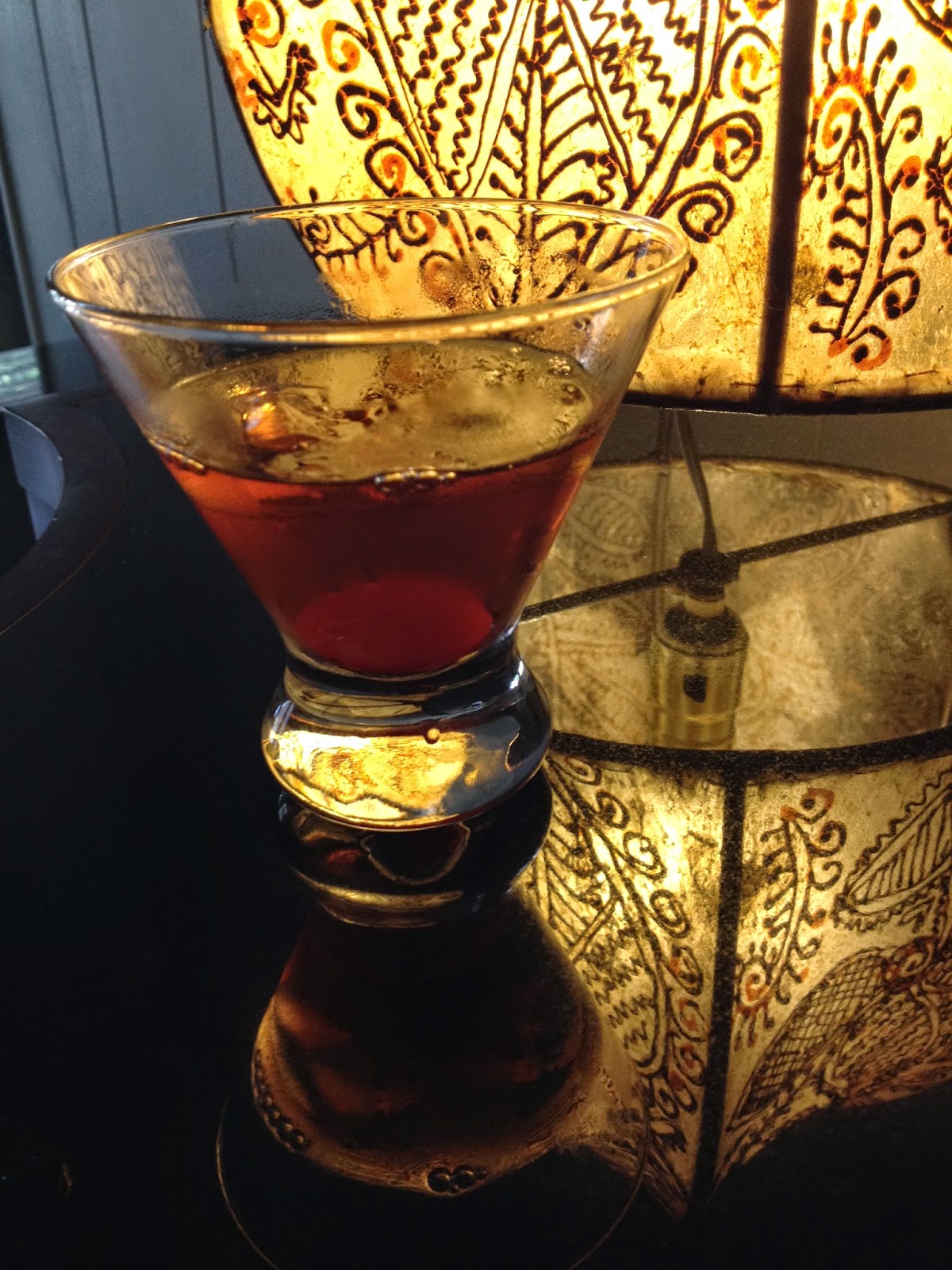 My recipe for a Manhattan:

Coat the inside of a martini glass with the Angostura bitters.  I like to chill the glass first, then sprinkle in a few drops and roll them around until everything is covered.  This process makes the glass smell wonderful. Mix all the ingredients in a shaker with cracked ice. Shake, Strain. Drop a Maraschino cherry into the bottom of the glass.  If you want a real treat, use a real Marasca cherry bottled by the Luxardo company from Italy (originally from Croatia).  You'll never go back to those radioactive, candied aberrations again.