After she finishes her homework, Ruby asks, "Dad, can we play a record?"

She stands on the hearth, barefoot, rifling through the albums. "I can't find anything since you organized these," she complains.

"But they're alpha by artist." 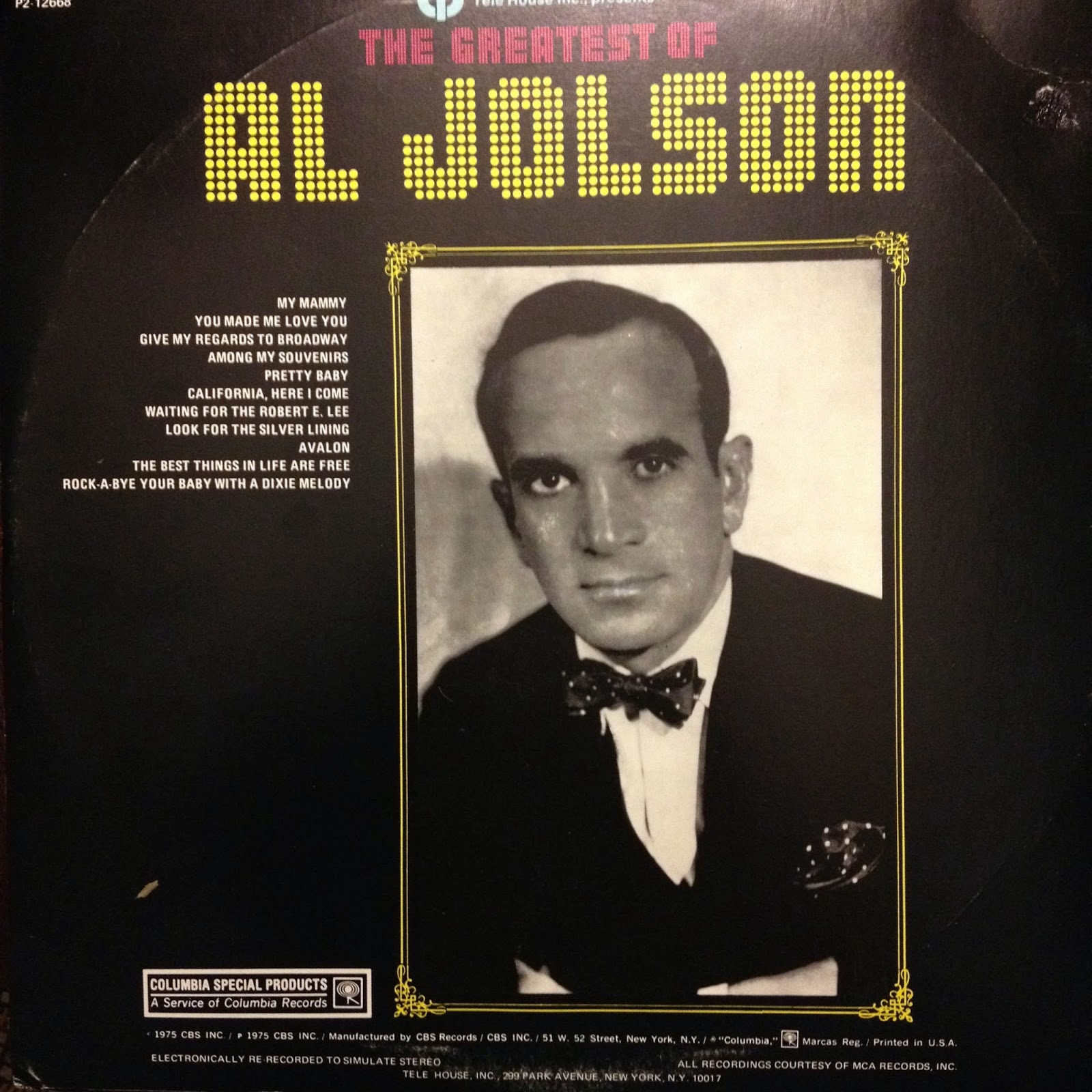 She grunts in frustration as she searches.

It hits me why she doesn't like the new system: she liked the joy of discovery when the records were chaotic. She wants to pull one out at random and look at the picture, smell the aging cardboard, feel the weight of the record inside the sleeve, and based on that data, decide if it is worth a spin.

She brings me an Al Jolson record. She loves the old music. I smile at her. "Wonderful choice."

She settles on the sofa and draws pictures in her sketchbook. I recline not far away. The cat finds us and meows at me until I let him jump onto my chest.

Al sings "I'm Sitting on Top of the World." A contentment washes over me. It is easy to see how artists as different as Bing Crosby and Bob Dylan cite Jolson as an influence. Even David Lee Roth of Van Halen once said that Jolson inspired him to become an entertainer. He learned every song and dance move (Roth's version of "Ain't Got Nobody" makes sense now, doesn't it? There are many Jolson moments in the video, by the way...)

In the 19-teens and 20s, Jolson sold out show after show and released 80 hit records. He was the highest paid entertainer in America. He starred in the first talking picture, "The Jazz Singer." He was one of the first entertainers to use a runway stage that jutted into the audience. Once, Zelda Fitzgerald asked Ernest Hemingway, "Ernest, don't you think Al Jolson is greater than Jesus?" (Wow, take that, John Lennon!)

Link: Blue Skies Scene from "The Jazz Singer." (1927) At first Jolson sings the song straight then, shows his mother how he's really going to do it. The second version, after he tells her all the things they'll do when he's a star, is vintage Jolson.)
https://www.youtube.com/watch?v=Djd1XfwDAQs

Clip from 1928 (You can see where David Lee Roth got his dance moves and facial expressions):
https://www.youtube.com/watch?v=Pfdh4JWlMeo

Jolson popularized black music (jazz and blues) for white audiences at a time of strict segregation. He was well known for fighting for racial equality in the entertainment industry. He helped to get the first all-black production of a play on Broadway, advocated equal treatment for Cab Calloway, and was reportedly the only white man allowed into black clubs in Harlem. Even his "black-face" characters, which he stopped doing as the times changed, always depicted the "black" character as wise and his white masters as stupid, as his way to take a dig at the pervasive racism of the time.

Ruby looks at the album and sees Jolson done up in "black face" make up. "What's this?" she says.

I say, "The world is a very different place than when this music was recorded about 90 years ago. I'm glad you're growing up in a time when you can say that."

One needs a prohibition era cocktail to pair with Jolson... the kind of cocktail that you'd drink while sitting on your front porch,"Waiting on the Robert E. Lee." Speaking of... one last clip: A tribute to Jolson by Dean Martin and Bing Crosby (notice Jolson's signature runway-stage):
https://www.youtube.com/watch?v=foCMNHM9spM

My Recipe for a Mint Julep: 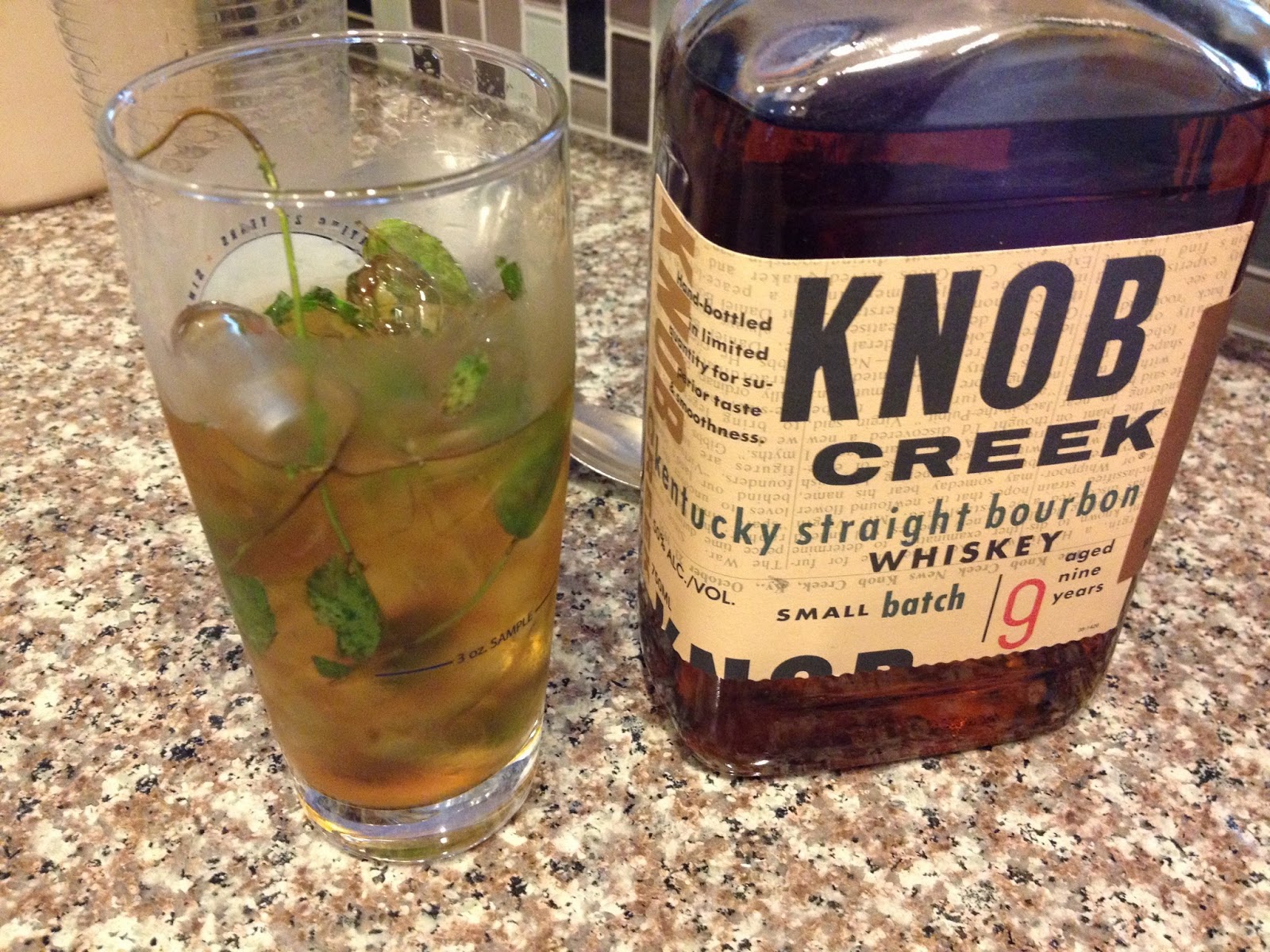 Drop the mint and sugar into the bottom of a tall glass. Add the water. Mash it all up together. Fill the glass to the top with ice. Pour in the bourbon. Mix well. Let it sit for a minute to chill and dilute. Top with a fresh sprig of mint. Sip for hours on your front porch or with your Al Jolson records.

Oh, and if anyone asks, tell them it's iced tea...