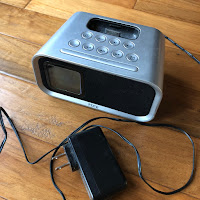 Today, I toss item 13 of 365 in my Minimalism Purge. The alarm clock! The power went out a couple of weeks ago with the Texas Snowpocalypse and I never reset it. I hate the display on these innocent looking beast. I hate the pulsing alarm. This thing must go. Can't believe I waited this long. Screw you, Alarm clock. Go haunt someone else's mornings. 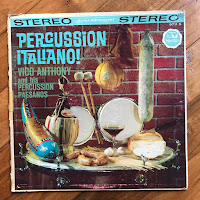 For today's Minimalist Purge (14 of 365), I give you a stereophonic Long Play record: Percussion Italiano. I like to take chances with records in the $1 bin. How could I resist this one? The gain so high the risk so low... Well, it didn't turn out to be awesome. In fact, this record kind of sucked... not even in a "so bad it's good way." It was just too sugary and campy, even for me.
vattene amico mio 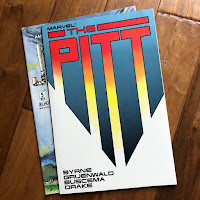 While looking for something, I came across another stash of comic books. Apparently, I have comics squirreled away everywhere. These are neither collector's items or good reading.
Add them to the recycle bin.
Though, I'm tempted to cut them up and make a new comic by combining the images and dialogue. Oh, but that's a trap for people like me. That's how I end up keeping junk like this. I think, I'll repurpose it as art some day... but I never do. I think I'll compromise with myself. If I tackle aforementioned art project before the next trip to the resale shop, I'll do it... otherwise, they are gone. 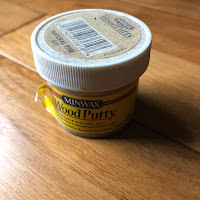 I know what your thinking. Is tossing a ten year old jar of dried up wood putty really purging material possessions? Aren't you really just throwing out trash?
If I'm storing something, it's cluttering my life and space whether its trash or not. If you toured a hoarder's house, you'd pass piles of treasures that you would consider trash.
I think the wood putty goes into a special category of trash... something more akin to "reserves" or "just in case I need it again some day." These are the things you buy for a specific task, but you have left over. You don't throw it away because you may use it again later. However, if years pass, when you go to use it, sometimes that thing as spoiled. It's only in that moment that you check on the item that it goes from "how clever I am to have this thing" to "why am I storing trash?"

I ended the purge with a pile of junk in a box. I found that one day at a time purging didn't work, so my last purge was getting rid of purging. It is these crazy little public displays of getting rid of stuff that I finally realized must go...
Goodbye purge... goodbye... goodbye.
Labels: Minimalism