It is hard to imagine, but in his day, Haydn was so famous that debuting a new work, or traveling to London made front page news.  Some have credited him with creating many of our modern forms, such as the quartet and the symphony.  His era defines the "classical" time that occurred between the Baroque, where he started his career, and the Romantic, that ended it. One of the reasons he has slipped from prominence is that one of his students would become one of the most famous and influential musicians in all human history:  Ludwig Van Beethoven. 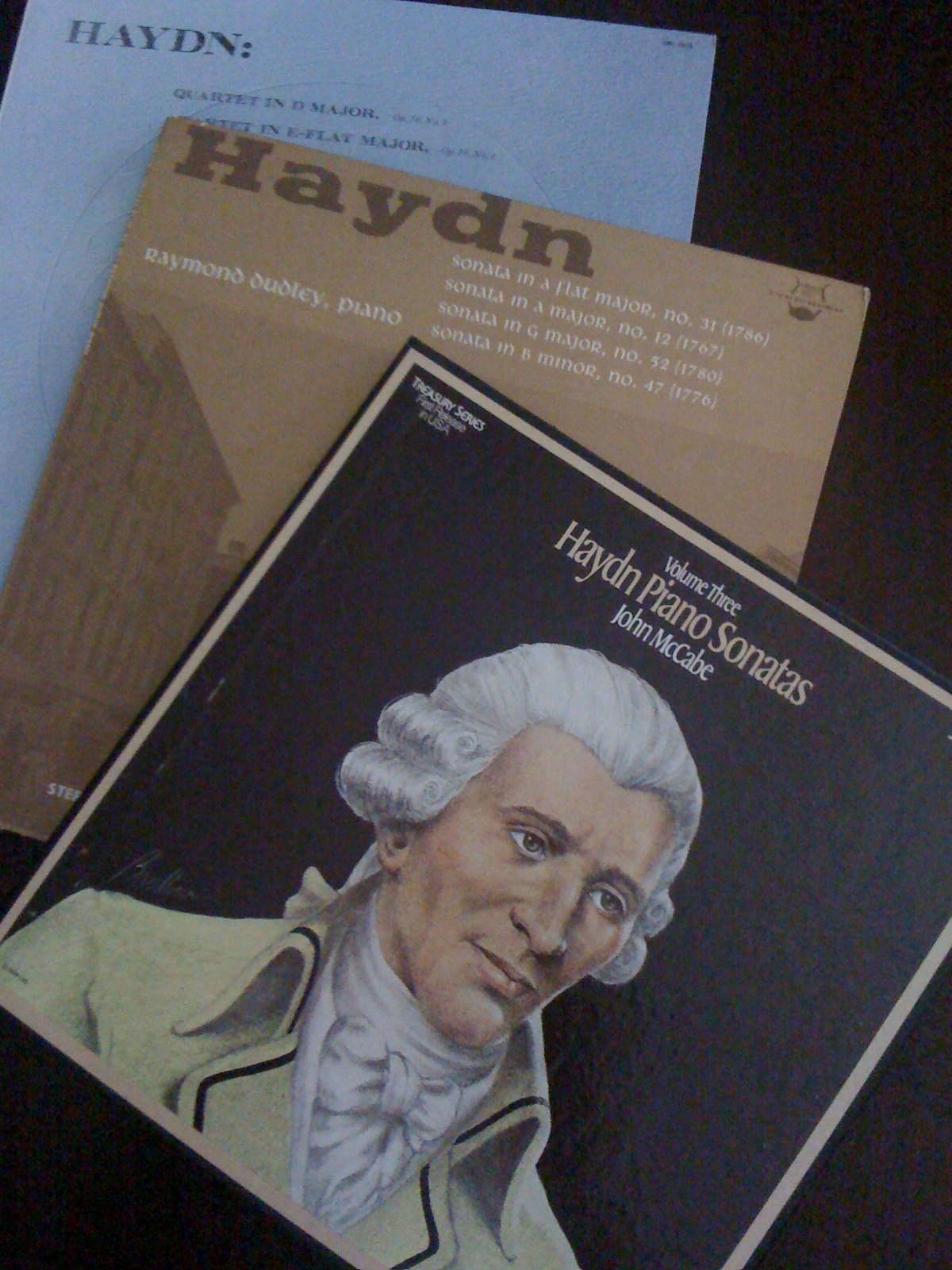 Today, it is easy to overlook Haydn.  But without him, I'm sure the careers of Mozart (who dedicated 6 quartets to Haydn) and Beethoven would have taken different trajectories.  When you put his records on your turn-table, I hope you will understand what I'm talking about.  You should say to yourself, "This music is strangely familiar."  Why?  Because you have either heard it before and didn't know it, or you can hear its echos in everything that came after.  Some of you will listen to the selections I mention below and say, "Meh, that's nothing special."  You'll have that reaction only because the innovations he brought to the form were so institutionalized, copied, and built upon that you take him for granted.  It's like listening to Dizzy Gillespie or Charlie Parker and shrugging, or Elvis, circa 1956 and saying, "Whatever."  These guys changed music forever.  If you still don't believe me, put on some Boccherini or Telemann or Vivaldi, then follow up with Haydn.  You'll hear the difference.

I suggest  you listen to some piano sonatas, which he helped evolve, and Beethoven took to even further heights.  The LP I've got spinning has piano Sonatas 31, 12, 52, and 47, (written between the years 1767 and 1786) performed by Raymond Dudley in the 1950s.  Also, I suggest following that record with some String Quartets (another form he transformed and Beethoven ran with).  I'll be listening to the Budapest String Quartet playing Op 76, No 5 and 6 on a 1974 recording.

So, what drink goes with Haydn?

Squish down in your easy chair with an Apple Brandy.  I like mine with a splash of water to bring out the sweetness of the fruit and release the apple fragrance.  But don't get me wrong here, when I say "sweetness" I don't mean apple cider or apple juice sweet.  If you are expecting that taste, you'll be sorely disappointed.  The sweetness I'm talking about is like the sweetness that one would discuss in reference to a single malt Scotch.  Some of you may choose to serve your brandy on ice, which takes the edge off the alcohol, but takes some of the taste with it.  My glass currently has Clear Creek Eau de Vie de Pomme, an apple brandy aged in oak in Portland, Oregon.

Ah, Haydn and brandy will warm you from your ears to your toes.