The Art of the Fuge, and une Petite Fleur

When you think of Bach (if you think of Bach at all) you probably think of the majestically grand sweep of the Brandenburg Concertos.  Maybe you think of his organ music, which I mostly avoid (not a fan of the genre).  However, the other morning, Bach's "Toccata and Fuge in D Minor" blurted out of Savannah's radio as part of a special #Halloween show on KMFA http://www.kmfa.org/, the local #ClassicalMusic radio station.  She happily listens every morning before her PBS cartoons start  (BBC News just pisses her off... and I don't blame her.) 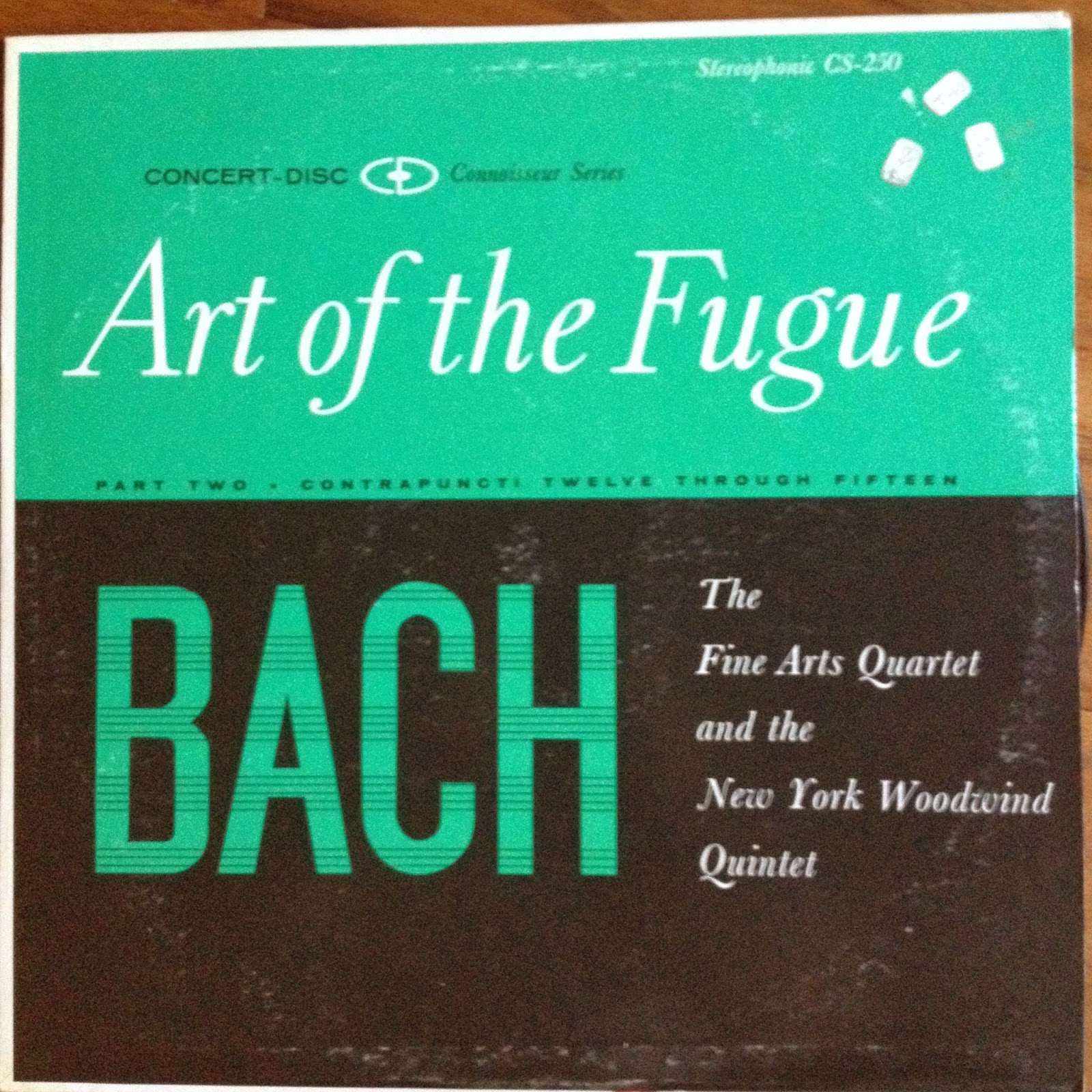 Most people only know the first few notes of this dark work, and leave it at that.  What a mistake.  At about the three minute mark you can hear the fugal themes really get going. (compare to Beethoven's tremendously challenging Op. 133, the Grosse Fuge that I discussed in a posting called:  "Start with the Most Difficult.")  The ubiquitous Toccata's first few notes frequently appear in movies and cartoons.  I've attached a link below from the most financially under-performing film ever created by Disney studios, (which, of course featured classical music arranged in the most boring way possible, as if their objective was to kill our interest in the music, but I'll leave that rant for some future blog).  When you hear those famous opening notes, you'll chuckle and say, "Oh, yeah, I know that song." 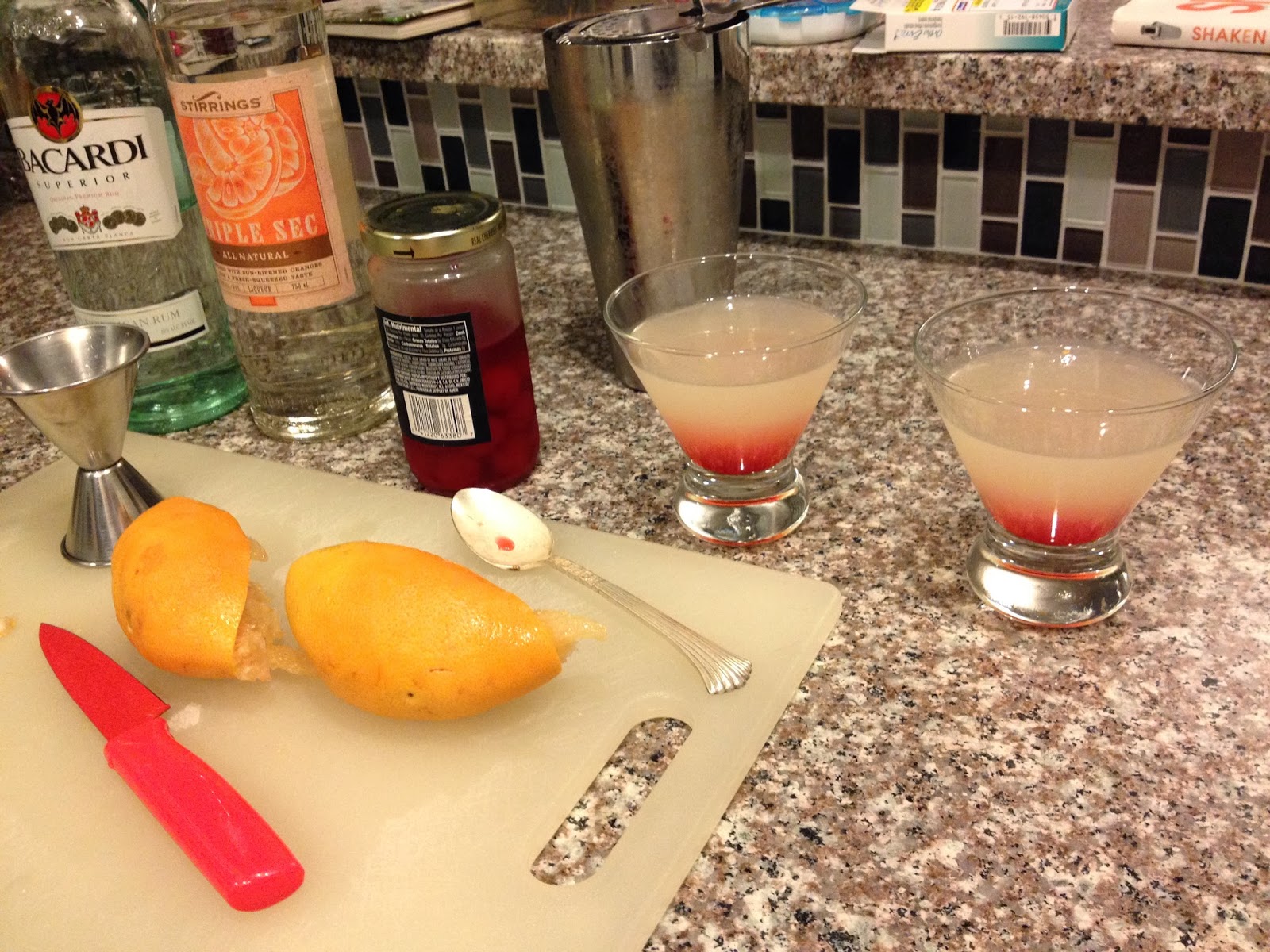 All of that being said, I really wanted to write about Bach's "Art of the Fuge."  I have part 2 of 2, Contrapuncti 12 through 15 on vinyl.  The Fine Arts Quartet and the New York Woodwind Quintet collaborate to good effect in this recording from the late 1950s or early 1960s (there is no date anywhere to be found, except to a reference in the liner notes to 1958). These pieces are very mathematical and sometimes feel a bit distant and abstract.  Apparently, at one point in the music, if you were to look at the sheet music, you'd see mirror images.  So it begs the question, is the music for listening, or intended as an exercise, as the name suggests?  I don't know the answer.  I just know that this particular recording is strangely compelling, especially the final piece, a great quadruple fuge, which comes to a sudden stop.  As the story goes, Bach worked on this cycle of pieces over twenty years and died before he completed it.  When the music suddenly goes silent during the final fuge, I can't help but feel a pang of loss.  Though I know the old composer didn't die of a stroke while penning these notes, it sure feels like it.  It feels like I am present as one of the world's greatest composers drew his last breath.

An appropriate cocktail for this music is a Petite Fleur, a rum, triple sec drink with the double surprise of grapefruit juice instead of the expected lime, as well as the sweet cherry at the end.  In a way, it is a sweet and sour double fuge:  first the rum and triple sec, next the grapefruit and cherry.

My Recipe for a Petite Fleur:

Fill shaker half full of ice.  Shake all ingredients vigorously until so cold you can no longer hold the frosty shaker.  Strain into cocktail glass.  Drop in a cherry with a tiny splash of the cherry's sauce.