Elvis via Satellite with a Blue Hawaiian

"Lord, Almighty, I feel my temperature rising!"  we sang with Elvis.

The attendant had left early, I'd turned off the TV in the playroom, and wheeled Savannah into the living room.  Ruby had bounced excitedly, "Play a record.  Rock and Roll!  Rock and Roll!"

She and I danced a step that could only be classified as the Twist, the Mashed Potato, and the Swimmer.  (I guess it was the Twisted, Swimming Potato.) Savannah watched us from her wheelchair.  She appeared mildly amused by our bravado and lack of skill.

"I love Elvis," Ruby exclaimed, "I think I get that from my sister."

I said, "Elvis is your favorite, isn't it, Savannah?" 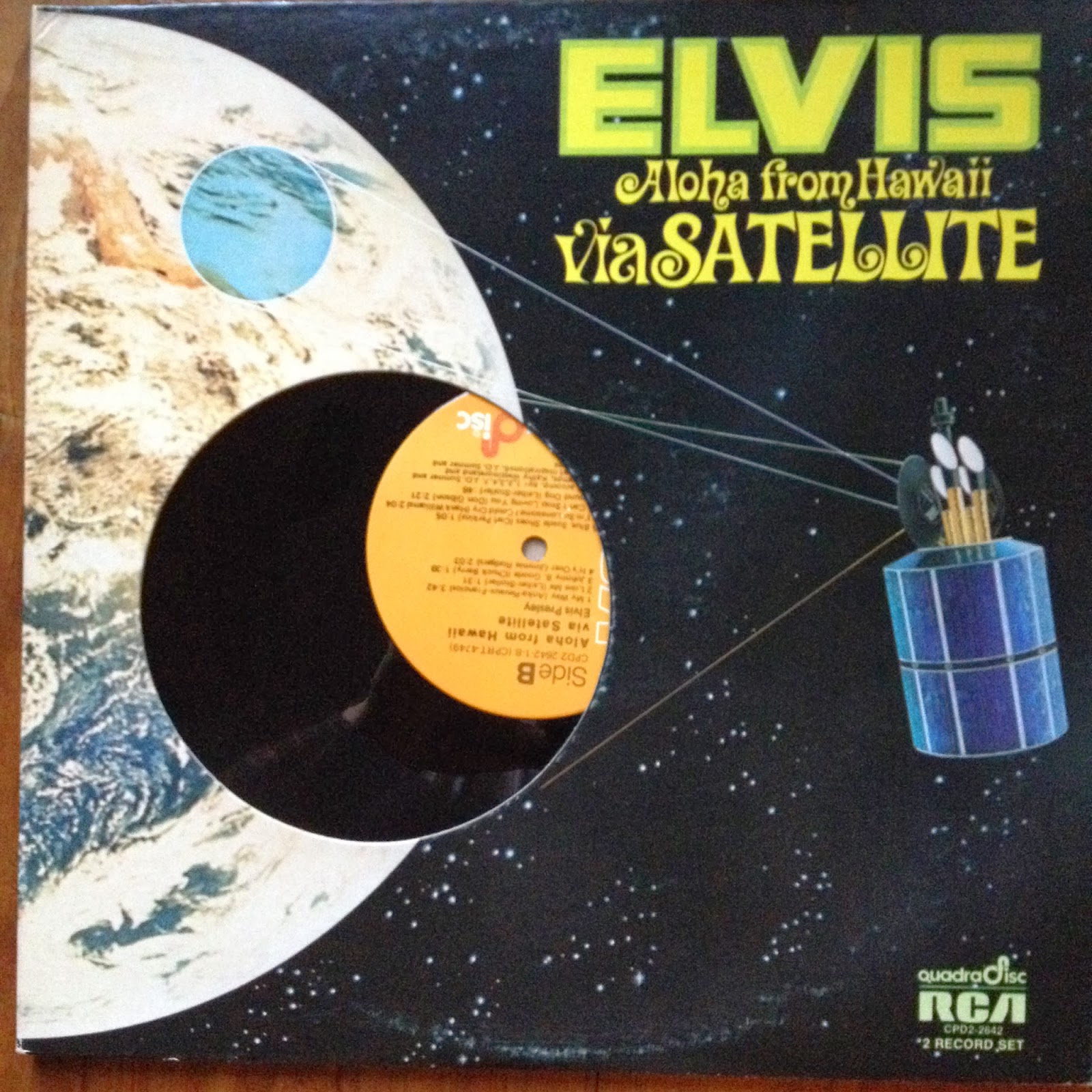 "I don't know... but he was probably never around."

Ruby leaped to the hearth to sing dramatically.  Tamara and I watched from the sofa.

A slow song came on and I grabbed the sides of Savannah's tray and we twirled slowly.

"I'll leave you two alone," Ruby said, as if we were two teen-aged love-birds at a school dance. She retreated to an armchair.  She's already an expert lounger and drapes herself over furniture in ways that seem to deny she has a skeletal system.

We put Savannah to bed.

Tamara said, "We should probably start winding Ruby down."

Ruby curled up with Tamara and lay her head on her mother's lap.  Such a nice tableau.

What better cocktail to go with this double disk: "Elvis, Aloha from Hawaii via Satellite" than a Blue Hawaiian?  The drink is similar to a Pina Colada, but not as creamy or sweet, and I substitute coconut juice for cream of coconut, which makes it much lighter.

My recipe for a Blue Hawaiian:

1 oz. clear rum (feel free to add up to 2 oz rum if you like stronger drinks)
1 oz. blue Curacao
1.5 oz. pineapple juice
1.5 oz. coconut juice (if you like your drinks creamy, use cream of coconut)

Shake with ice.  Strain and serve with an orange slice.

Watch a bit of the concert here (check out the rings... and the camera work is so 70s):