Let me introduce you to the laziest member of the clan:

aka: Fluffy, Fluff, or Fluffball
aka: Mr. Fatso Pants
aka: Rotten

"You know," Tamara said, "Fluffy hasn't had to work for his keep lately."

"You can hold him down." 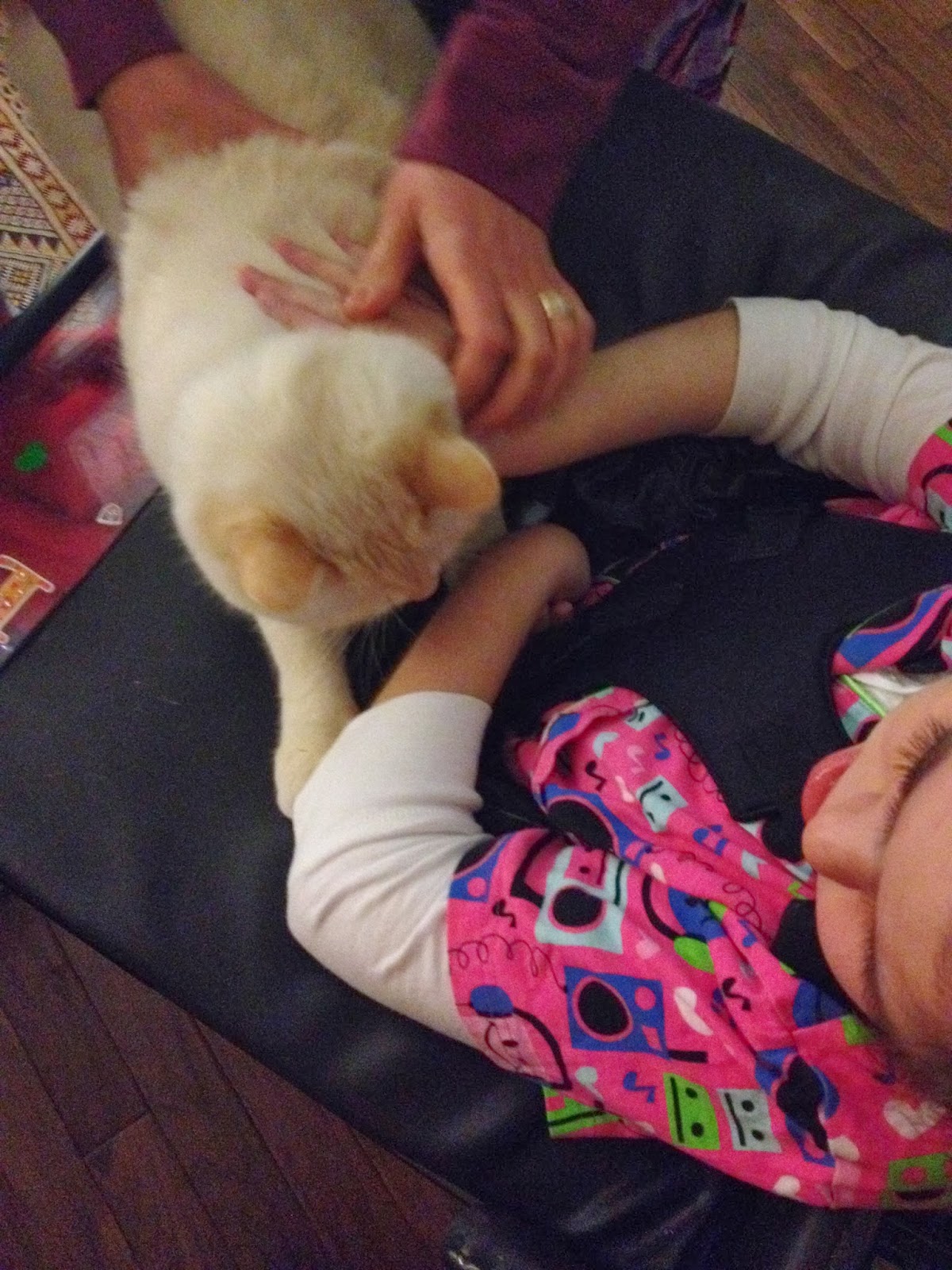 I found him sprawled under the coffee table.  When I snatched him up, he gave a half-hearted whimper.

I put him down on Savannah's wheelchair tray.  He grumbled.  Ruby pinned him at the hips.  Tamara held his head.

"Savannah, do you want to pet the pretty kitty?" I asked.

She smiled broadly and her eyes sparkled.

The cat growled menacingly deep in his throat.  He's a big Flamepoint, which is a kind of Siamese, so though he looks cute and cuddly, and mostly harmless, he's unpredictable and prone to outbursts of anger that can result in a nasty scratch. 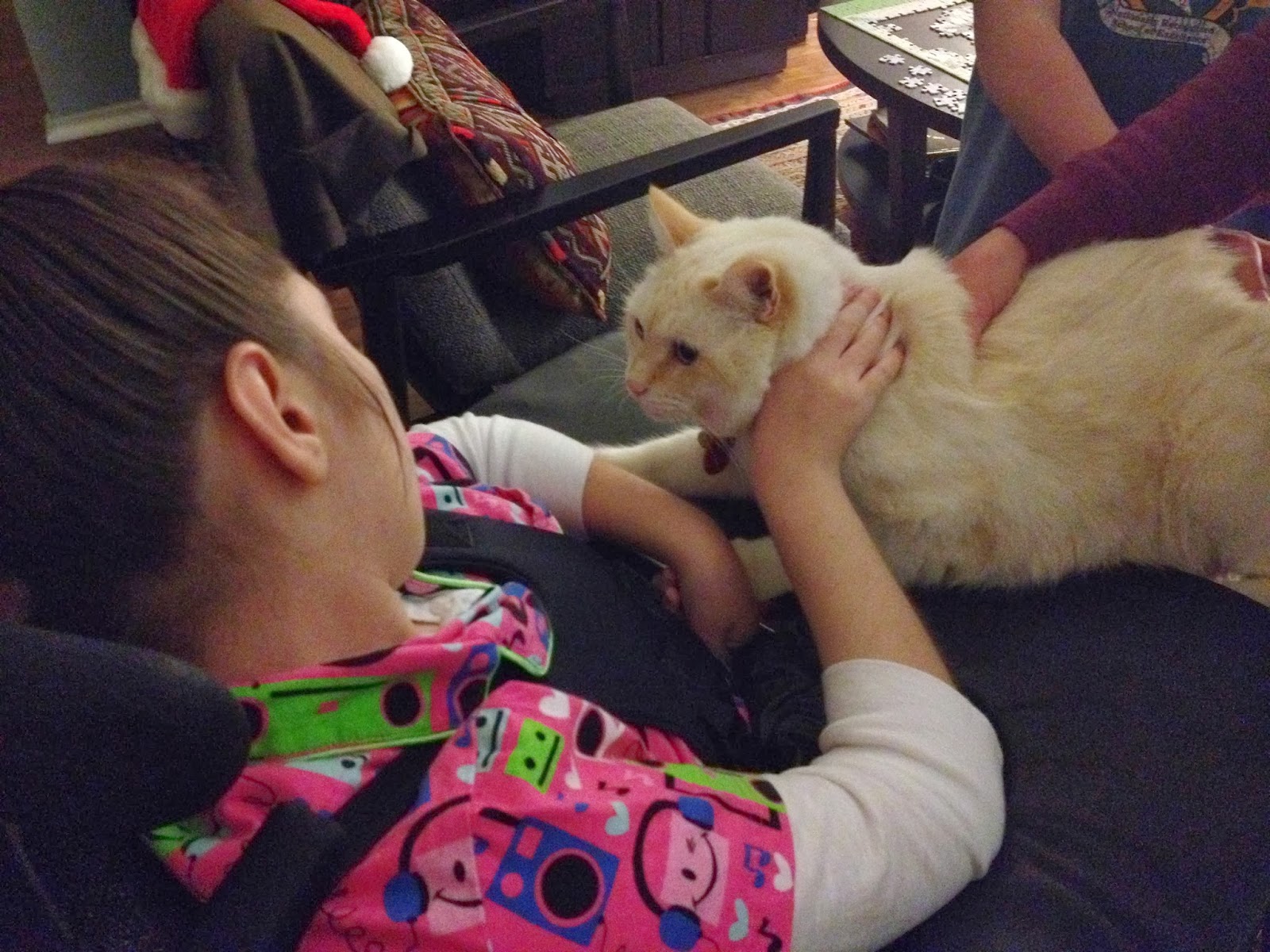 I took Savannah's right hand in mine.  She opened her fingers.

"Let me help you pet the kitty."

Savannah concentrated and I eased her hand down the silky length of the angry beast.

"Such a good service cat." Tamara mocked him.

Savannah's hand, which normally is curled in a tight ball, stayed open and relaxed.  Her eyes remained on the cat.  At times like this, I almost forget she's blind.

"Hey, its my kitty," Ruby interrupted.

"He's OUR kitty.  And your sister loves him very much."

Fluffy leaped to the floor, turned to meow his displeasure over his shoulder, flicked his tail, and retreated to his bed in order to recover from his two minutes of work.

#serviceanimal #cat #disability #family
Labels: Life with Savannah: the other normal. Lounging with Charlie the Cat